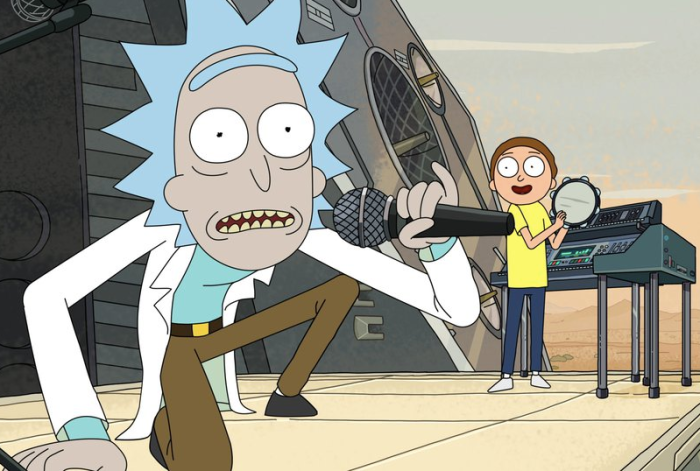 Dan Harmon and Justin Roiland are comedic geniuses. Over the course of this year several friends were urging me to watch Rick & Morty and after a friend convinced me to watch the first few episodes with him, I fell in love with this series. By that weekend I had already binged season 1 and by the next ran out of episodes. Fairly easy to get into, Rick & Morty runs on 25 min episodes that follow whatever adventure the two main characters find themselves in. This can range from dream-jumping to getting stuck in inter-dimensional customs, you can always count on Rick & Morty providing something entirely original for each episode. That is unless they’re using that episode to parody something else and although those episodes are usually the weakest, they’re packed with enough zaniness and laughs to keep the series constantly moving forward.

As the title suggests, in the forefront of this series you’ve got the dynamic between Rick & Morty which is magnificent thanks to Justin Roliand’s work interpreting the ridiculous nature of each member of the duo. The way he gifts each character his own individuality even though he does the voice-work for both is crazy. Before I looked up who did the voice-work for this series I thought each of the characters was voiced by someone different and to my amazement Roliand apart from creating the series itself does an excellent job personifying how such polar opposites like Rick and Morty could work in unison. Not only does the series pin these two against each other on every mission, they also reserve some rather touching moments where you get to realize Rick truly adores his grandchild although he says otherwise. When you think about the series its actually a beautiful depiction of a relationship between grandchild and grandpa that happens to work in a space opera setting.

Besides the constant array of cameos you get with each episode, I must say the supporting cast of Rick & Morty also works really well. Although most of them seem to be annoying when you watch the pilot, as the series progresses you begin to care more about Summer (Morty’s sister) and worry more and more about the extremely fragile relationship their parents have going. Given Chris Parnell plays a complete idiot in this series I wouldn’t normally say someone is doing a good job playing a complete dufus, put Parnell legitimately pulls it off in a way that works for the benefit of the series.

Story-wise this series also works and even though while you’re watching it at first you might think the series is nothing but random space adventures strung together, as the series progresses you see plot-points from before start to come up and all of a sudden you’ve got these great character arcs that were crafted in an extremely subtle and meticulous manner. Once you begin to piece certain call-backs and seeing the pattern that drives Rick & Morty you realize this isn’t random space adventures mashed together but a rather intelligent story moving forward.

Before concluding this review, I can’t stress how funny Rick & Morty is. From the pilot you’re hooked and from then it just gets better and better. Tackling sci-fi tropes, referencing people like Cronenberg and talking about Schrödinger’s cat, Rick & Morty seems to poke holes at every standard we have of science and science fiction in a fun and elaborate way. Rick & Morty is hilarious, charming, and nothing but a great time for anyone who watches.