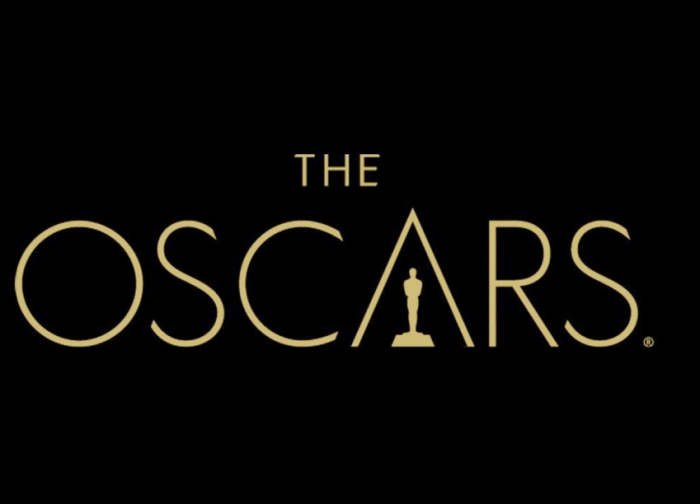 Too not go overboard and over-analytical on every single award that will be presented today, I will only be doing the major awards, stating who I think will take the prize home and who should take the prize home, starting with the original screenplay nomination.

Should: Though Spotlight is practically perfectly constructed from start to finish and is certainly one of this year’s best films, it has to unfortunately compete against my favorite film this year, that being Ex Machina. What Alex Garland was able to do with his directorial debut is astonishing, presenting us with a modern sci-fi classic that shall be remembered for ages. Tackling the creation of artificial intelligence from a very astute angle, Garland gave us the best film of 2015, a smart, thrilling ride through the depths of Nathan’s (Oscar Isaac) underground facility, a film in which everyone gave their best, and just an incredible, thought-provoking picture.

Will: Sadly enough for Ex Machina, the original screenplay nomination will go to Spotlight which is still spectacular taking into account what this film was able to do. Spotlight is by a fantastic endeavor that has encouraged multitudes to speak out about this atrocity that has been occurring throughout the world, taking a brave stance against what is probably the biggest and most influential institution on this planet. Spotlight is an important film, a great film, and I certainly cannot deny it winning Best Original Screenplay.

Should:  Honestly its a three-horse race for me on this one since I cannot decide between Room, The Martian, or Carol who all delivered with such distinct emotional punches, whether this be Room’s fantastic look at nurture and adapting, Carol’s subtle take on forbidden love and homosexuality or The Martian’s screenplay that was able to capture the charming nature of its titular character whilst never forgetting the devastating situation the man was in. If any of these were to win I’d be giddy with excitement, sadly I don’t think this will happen.

Will: When it comes to the Oscar’s lets look at the most noisy script and an unexpected turn for a director who regularly resides in a completely different genre. That would be The Big Short in this case, I cannot argue the marvels McKay was able to do by simplifying the nature of The Housing Bubble and as well as this film transmitted its knowledge through a documentary-feel, I ultimately had some problems with some of the ways in which McKay decided to showcase the story which is why I personally wouldn’t give the film the statute.

Should & Will: Bringing Morricone out of the dark  to compose another beautiful Western, Tarantino did a perfect job. Though I was personally more surprised by Daniel Pemberton’s score for Steve Jobs, the way Morricone’s score worked for this film couldn’t have been done any more perfectly. Creating an immediate sense of paranoia, Morricone’s score was simply amazing and therefore it should and will take the Oscar tonight.

Should: Once again I find myself conflicted as  I cannot decide between George Miller or Tom McCarthy even though none of them will take home the Oscar tonight. What George Miller was able to do with Mad Max: Fury Road is something that should be taught in film school, successfully reviving a dormant franchise, creating an exemplary use of visual exposition, masterfully directing the insanity of the Fury Road and giving us a brave yet broken female lead with Furiosa, George Miller really did a fantastic job with his latest feature and is therefore more than worthy of receiving an Oscar. Meanwhile, McCarthy showcased bravery and intelligence with his directorial follow-up to The Cobbler. Let that sink in. Okay, with Spotlight McCarthy uncovered a dangerous topic as respectfully as one should, creating what shall be remembered as the All the President’s Men for the new age, McCarthy excelled as the director of Spotlight, balancing the multiple characters, directing a fantastic ensemble and delivering with a strong blow against this controversial issue.

Will: The Revenant’s Alejandro G. Iñarritu will most likely take the prize home this year. Mark this as the third time in history a director receives a back-to-back win. Simply because of the press around the chaos that ensued at The Revenant’s set, everything surrounding his preference for shooting outside with natural light and the grand-scope of the project itself Iñarritu is most likely to take the prize home this year.

Should & Will: The cinematography category this year is fierce with Deakins, Lachman, and Lubezki all under the same roof. Justly so, Emmanuel Lubezki will take the prize for the third year in a row. What Lubezki was able to do with practically pure-natural light and any camera trick he could devise is spectacular, evoking a sense of brutal beauty in the wilderness Lubezki triumphs once again, placing you in the 1700’s simply from the use of his camera.

Should: Charlie Kaufman’s Anomalisa is truly a work of wonders, an original take on existentialism from the master of pen & paper in the cinematic realm. Kaufman and Johnson were able to tell the most human story of the year whilst only using puppets, brilliantly planning out this magical story and placing it on the screen is just incredible, funding via Kickstarter and coming out with one of the year’s best, Kaufman presents us with yet another successful long-awaited film that we needed as human beings to truly be able to relate to something in the midst of all these grand-spectacle films.

Best Actress in a Supporting Role

Should & Will: Simply because I cannot defend Mara and Vikander’s positioning as supporting roles even though they were definitely leads in their own films, I will defend the actress who actually was a supporting role, Kate Winslet. Winslet was the only authoritative member of Steve Job’s that was able to challenge Fassbender. Line after line, Winslet impressed, often stealing scenes from Fassbender himself Winslet delivers once again, and with all the awards she’s been receiving lately I do believe Winslet could take the prize tonight.

Best Actor in a Supporting Role

Will: Almost 40 years after Stallone brought this character to the screen he comes back to deliver his best work as Rocky in this year’s Creed. Stallone brought something to the film thatI honestly didn’t know he had in him, the man definitely delivered one of this year’s best supporting performances and will probably get recognized with an Oscar proceeded by a beautiful speech from his part.

Should: You might have asked yourself, Why did he out Will first this time, that is because I have a problem with this year’s Best Supporting Actor’s category ignoring what are truly the best supporting performances this year, especially Idris Elba in Beasts of No Nation. Snubbing Jason Segel fantastic turn to dramatic acting in Ponsoldt’s The End of the Tour, Walton Goggin’s incredible performance in Tarantino’s The Hateful Eight, and of course the best supporting performance of the year, Idris Elba as the chilling Commandant in Fukunaga’s Beasts of No Nation. Hopefully, the changes that are taking place at the Academy’s will rectify this situation down the line but they really let me down this year in the Best Supporting Actor category.

Best Actress in a Leading Role

Should & Will: Even though I just watched it yesterday Brie Larson definitely should take this award home because of the emotional depth she brought to her character. Probably also serving as a way of giving her the recognition she deserved for Short Term 12, Brie Larson is a fantastic actress and it gladdens me she’ll finally be recognized for it the way it should be done.

Best Actor in a Leading Role

Should and Will: Leonardo DiCaprio has like a million nominations under his belt, please just give him the Oscar already.  He ate a raw Bison liver (I eat everything and even that’s a tad extreme) and basically got hypothermia, the man is an acting beast and I finally think this is the year. Producing great performances ever since he was in What’s Eating Gilbert Grape, DiCaprio outdoes himself in The Revenant, physically torturing himself on screen for that Oscar DiCaprio does a tremendous job under Iñarritu direction and thus will take the Oscar tonight.

Should: Like the Best Director category I find myself indecisive with the same picks. Mad Max or Spotlight? Both of these are masterful works of art, true pieces of cinema, and most definitely he best of the year. Blockbuster vs. indie, these two picks showcase the grandiose medium that cinema is, each of these films does marvels within its genre, and promotes beautiful cinema. Mad Max: Fury Road is a daring revival, a beautifully choreographed dance of madness along the Fury Road, meanwhile McCarthy’s Spotlight is an intelligent film tackling an important issue in the most proper way possible. Both of these films are wonderful yet neither of them will probably take the prize home.

Will: That final moment has arrived, who will take the Best Picture Oscar home. In the midst of the Oscar season people said Spotlight, now, experts say The Revenant, but, the PGA’s lead me another direction as I conclude The Big Short will take that final prize home. Having predicted the winner for an absurd number of year’s now, The Big Short is my pick for the film that will walk out with that Best Picture Statute. Sharing the same voting method and history that you can’t deny, the Producer’s Guild of America have predicted the Best Picture winner numerous times before and thus I shall follow them by suggesting The Big Short will take the grand prize tonight.