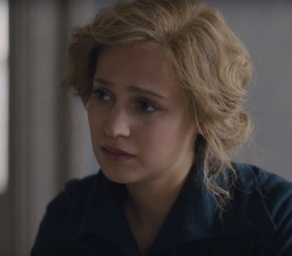 Yesterday I was finally able to watch The Danish Girl, which presents us with another exquisite venture into the world of cinema brought to us by Tom Hooper. The Danish Girl is a sumptuous film that tackles the emotional backlash of decisions. One might assume the film is centered in Redmayne’s transformation into becoming The Danish Girl, but once you peel back the layers the film truly becomes about about the real Danish Girl heart-stricken emotions as she lives the moments in which a woman seems to replace her husband. The Danish Girl is not necessarily about how a man becomes woman, but rather about how the people around that person react to that situation. In that The Danish Girl succeeds, presenting us with a beautiful look into the emotions of these beautifully portrayed characters that seem to leap off the screen. In order to project these characters on screen every actor in this film delivers their all, from Vikander who practically steals every scene from everyone in the scene around her, Redmayne who sub-dues his inner man and replicates every aspect of a woman, and even Amber Heard who plays a wondrous, eccentric supporting character, the only actor I might’ve surprisingly had a problem with was Schoenart’s character who felt like a plot-device at times. Hooper’s direction is magnificent once again as demonstrates the futility of a woman as she witnesses her husband abandon her, but she can’t argument with him because she knows its for his betterment. In being a reflection of corrosive emotions The Danish Girl works on every level and is brought  to a higher level by powerful performances all around, especially Alicia Vikander who seems to steal the show. With that said I personally loved The Danih Girl even though I found the Schoenart’s character to not really fit in with the story and some attempts at comedy to feel weirdly placed, ranking The Danish Gril