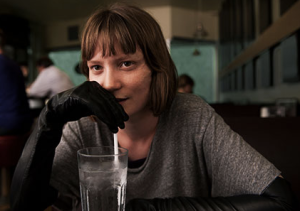 Cronenberg’s follow up to 2012’s incomprehensible Cosmopolis, Maps to the Stars is a vast improvement from Cosmopolis, but still not Cronenberg’s return to form. Dealing with apparitions, psychotic characters, and Hollywood (which some may count as a psychotic character itself). Like many of Cronenberg’s film, this is another weird, warped reality that has a point even though its hard to understand. First of all the performances are really good, once again Wasikowska (who seems to be auditioning for Del Toro), but the dialogue isn’t that great, which alongside unnecessary characters and ghouls is what impedes the film from being a great Cronenberg film. Then, the other problem I had with the film is probably with regards to the marketing, I expected Cronenberg’s Clouds of Sils Maria which it is similar too, but its much more a story about insane siblings and how their reality is malformed by the chaos surrounding them in Hollywood. But as good as some performances are, throughout the film something feels missing, the Cronenberg essence is lacking, the thing that differentiates indie weird films from Cronenberg masterpieces is missing, marring the viewing experience. Then something that just really bothered me was this really bad use of CGI towards the end, something I really didn’t expect from a director with a reputation for such great creature effects likes the ones seen in The Fly. In totality, Maps to the Stars is an improvement in Cronenberg’s career, but still incomparable to his earlier work, leading me to rank it at a 62 out of 100.