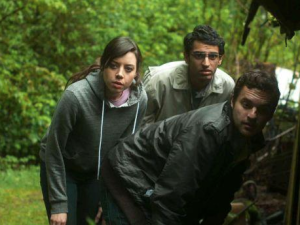 With the recent announcement tat Colin Trevorrow is going to helm Star Wars Episode 9, I have decided to crank some reviews out for his lengthy filmography of two films. With a stellar cast, a low budget, and a really nice idea, Trevorrow was really able to show what he was capable of doing as a film-maker with Safety Not Guaranteed. The mixing of well written characters with a really wacky fun adventure allowed Trevorrow to create a really fun, neat little film that everyone can enjoy with wonderful editing and pacing. Trevorrow’s really smart story made the film relatable for anyone watching, and by very intelligently putting in moments to change the films course from time to time, Trevorrow was able to make a predictable ,wacky, indie film into an unpredictable small, smart, character driven film with a marvelous conclusion. In conclusion I rate Safety Not Guaranteed an 81 out of 100.