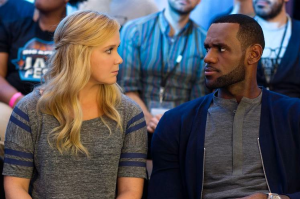 Trainwreck is most definitely not a train wreck and showcases Judd Apatow’s return to form. Full of laughter, nice cameos, and shockingly good comedic performances from unusual casting choices. Even though it is mostly a funny   movie, Trainwreck does withhold some dramatic moments in it, that doesn’t necessarily damage the film, but does feel a little out of left field and simply used to present other aspects of the film. Even though the dramatic portion of the film doesn’t completely fit in, the comedic side of the film is triumphant and successfully levels out the film, proving it to be an 80 out of 100 and something you should really see if you’re looking for a really fun time at the movies.