Me & Earl & The Dying Girl is very special film I’ve been anxious to watch ever since it premiered at Sundance, and it has probably proven to be my favorite film this year, combining indie quirks with a truly emotional story. The actors in this film to a brilliant job portraying the significantly distinct characters, especially Thomas Mann who I extremely related to on a more personal level. But the shinning star of this film is its director, Gomez-Rejon, who adds a unique twist into each scene, magically transforming a regular scene into a piece of art. Everything about this film is great, from the easter eggs for all the film fans to the hilarious script and great chemistry among the cast, this is definitely a must watch, especially if you are a fan of film. Personally, I rate Me & Earl & The Dying Girl a 96 out of 100, a truly fantastic film, an artistic endeavor. 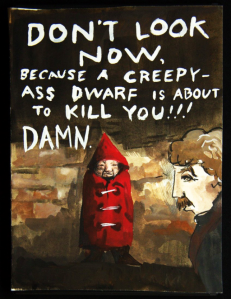